Graduation Day at the French-Azerbaijan University 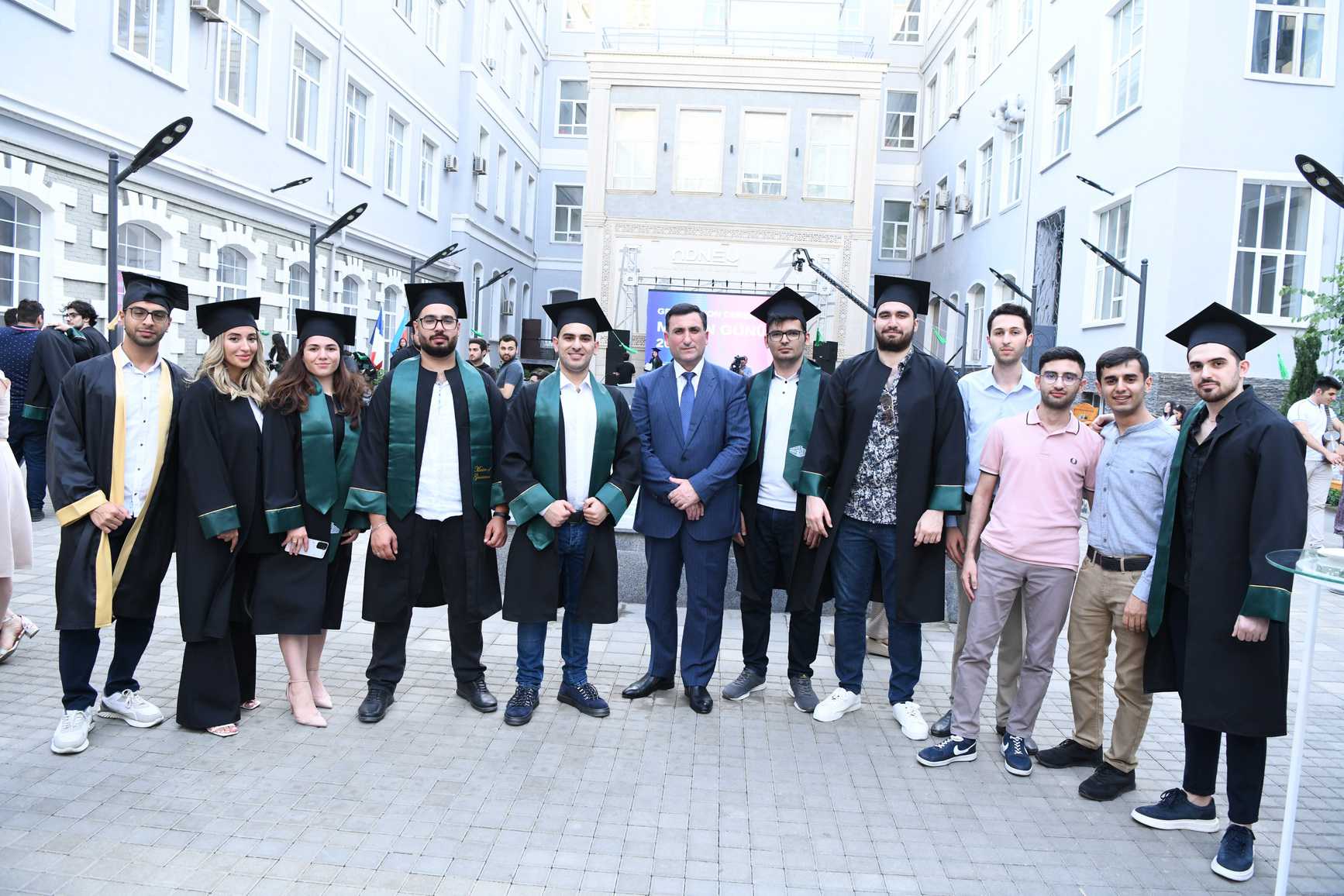 Graduation Day at the French-Azerbaijan University

On June 28, 2022, French-Azerbaijani University (UFAZ) held a Graduation Day for its bachelor’s and master’s students.

ASOIU Rector, Prof. Mustafa Babanli noted that 39 students from master’s degree and 139 from bachelor’s degree are graduating UFAZ this year: “7 UFAZ graduates are admitted to the top 50 universities with full scholarship”. Rector Babanli invited UFAZ master graduates to work as a teacher in both this project and ASOIU, as well as to work in the research field. Rector congratulated the parents and wished success to the graduates.

Deputy Minister of Education Firudin Gurbanov noted the importance of the specialties of UFAZ students for the country and called on graduates to take an active part in the modern construction of our country and the reconstruction of liberated areas.

French Ambassador to Azerbaijan Zacharie Gross thanked the graduates for choosing UFAZ. “We are optimistic about the future of Azerbaijan. France wants to see a prosperous, developing, sovereign and independent Azerbaijan as a partner. The UFAZ project is also a part of it.” The Ambassador noted that one of the challenges facing developing Azerbaijan is energy transit - reducing carbon emissions. He called on UFAZ graduates to contribute to this work with their knowledge.

UFAZ Director Vazeh Askerov and Secretary General Elizaveta Bydanova briefed the participants on the students' achievements. It was noted that 29 UFAZ graduates graduating this year from bachelor’s level will continue their education abroad at the master's level.

UFAZ graduates Laman Jalilova and Ilkin Safarli shared their testimonials about their studies at the university.

After the official part, the graduates were awarded certificates. At the end, UFAZ students displayed musical performances for graduates. 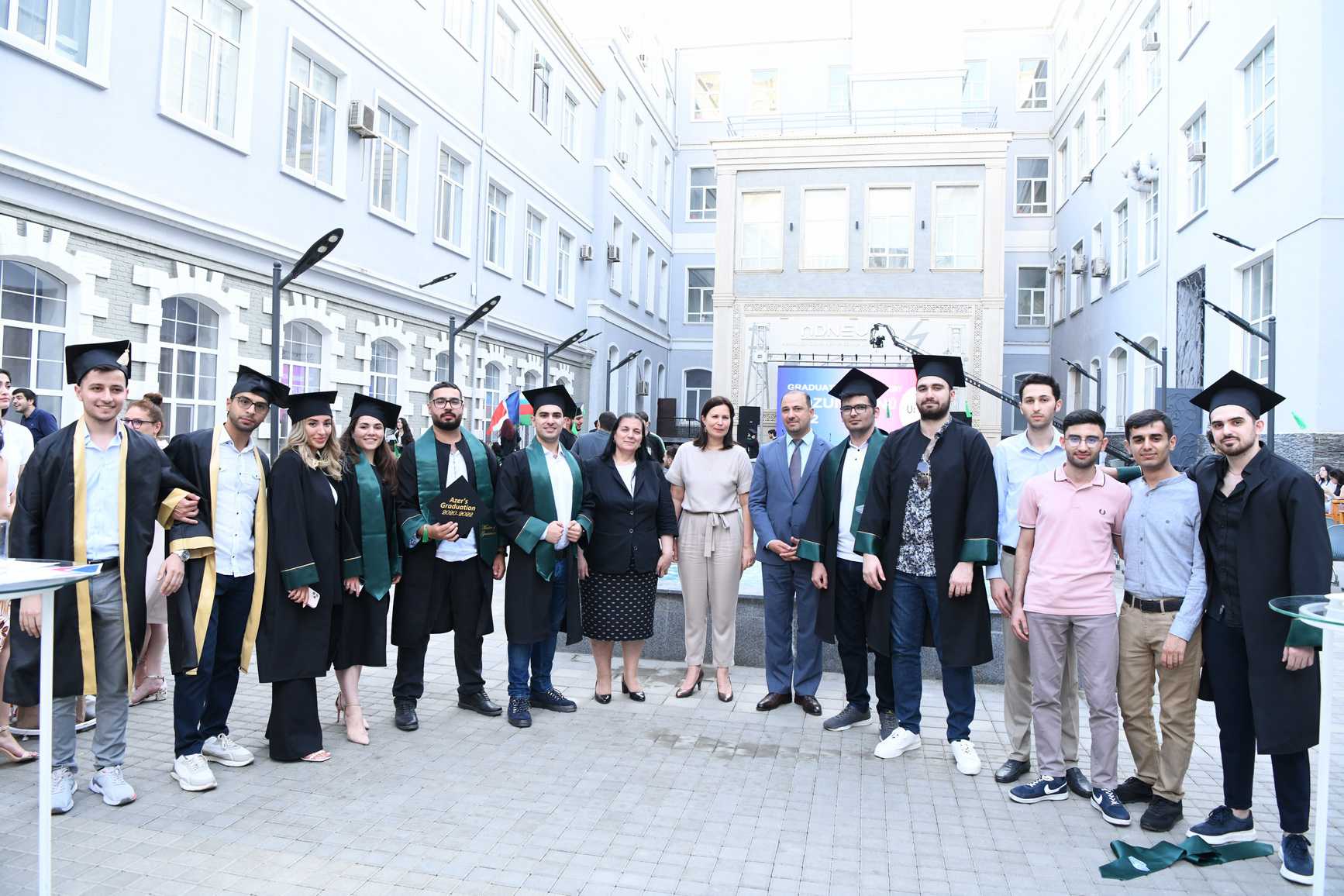 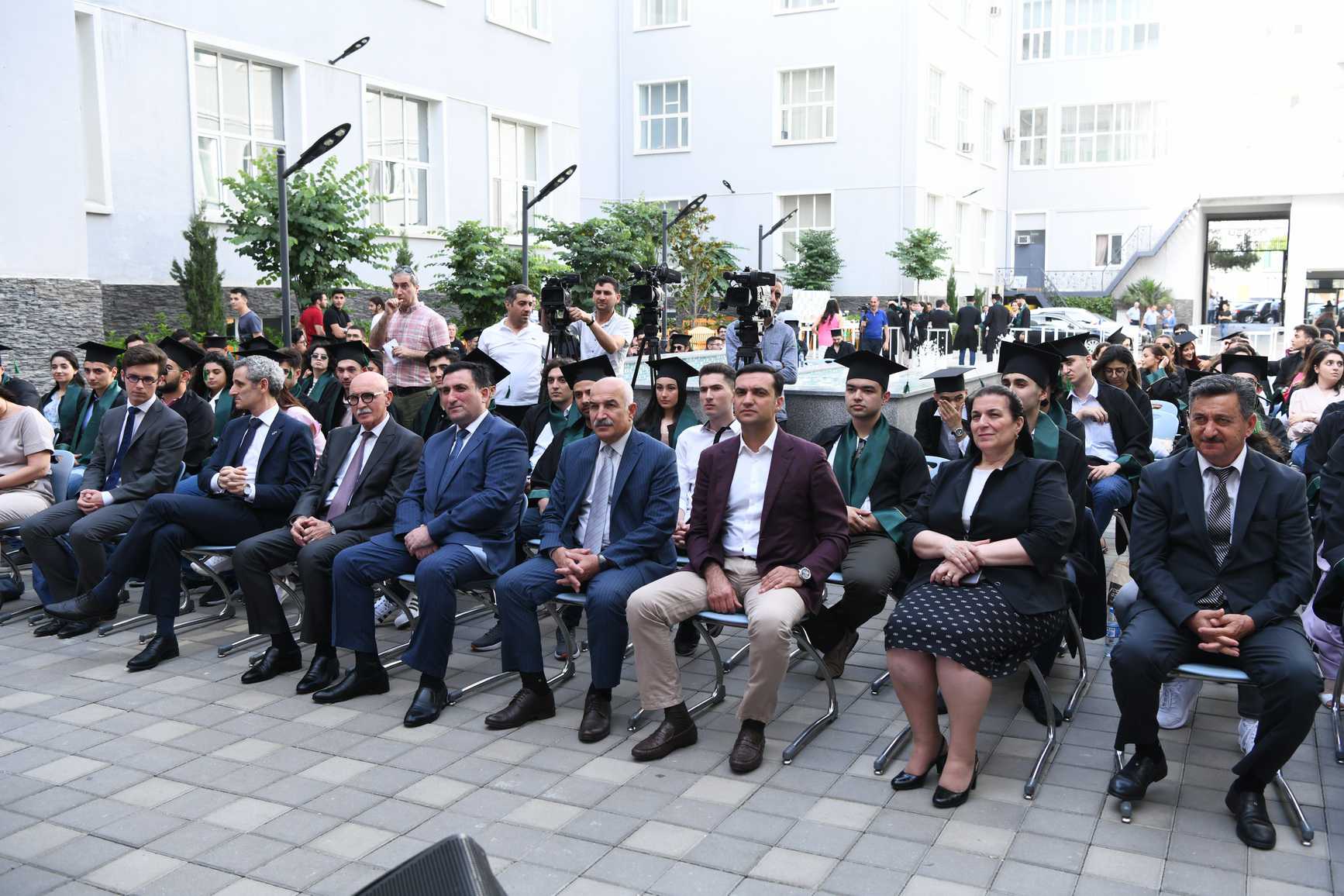 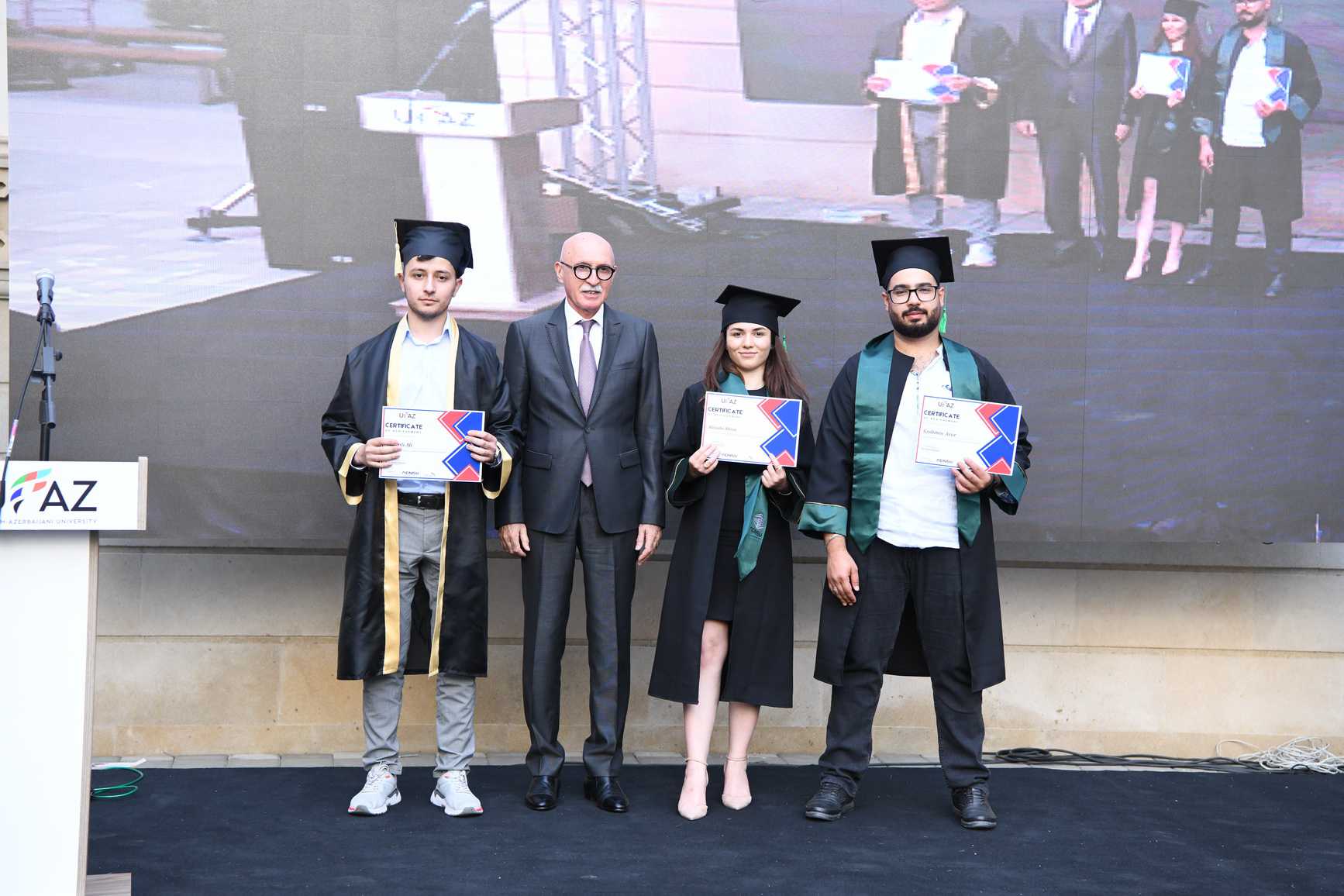 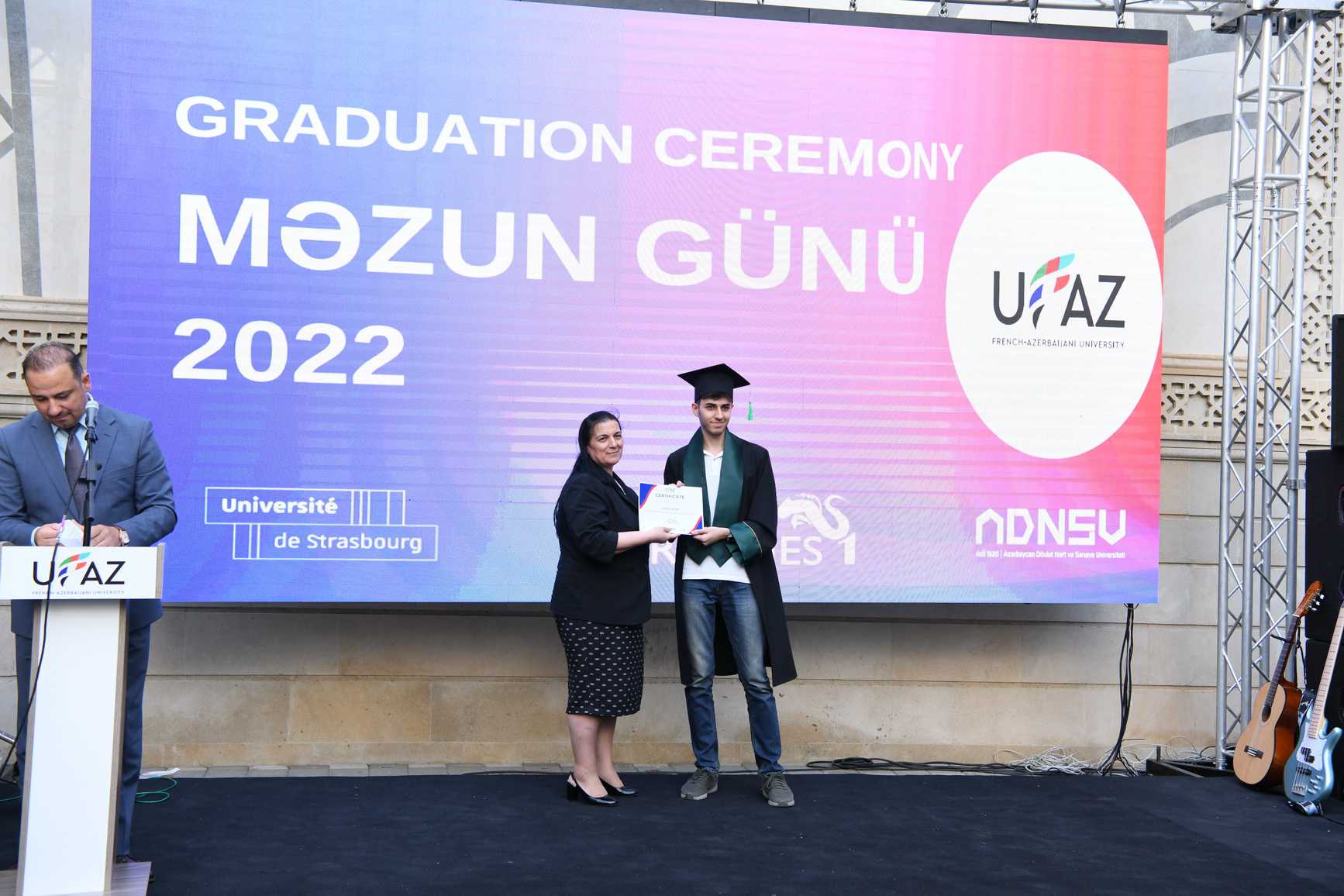 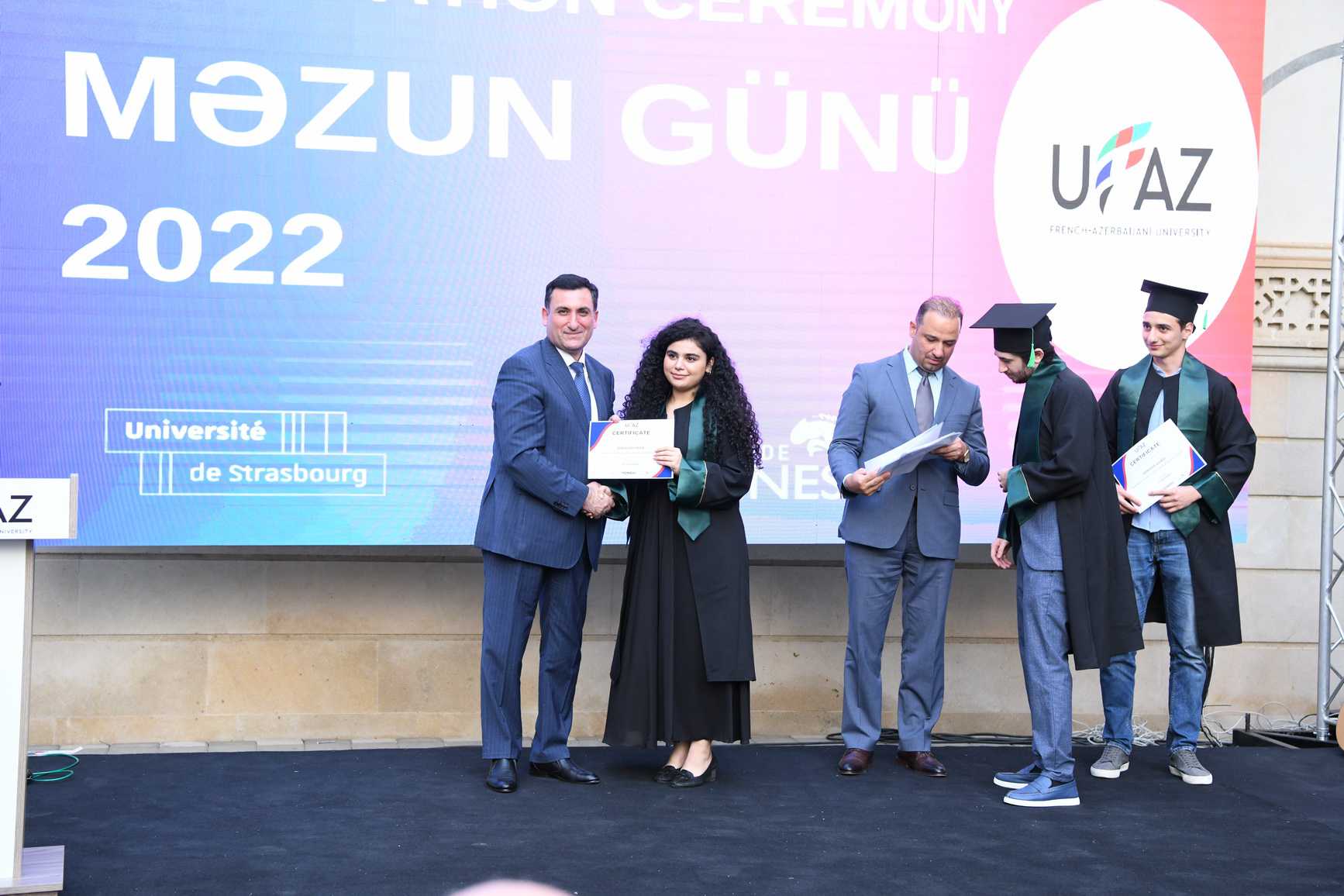 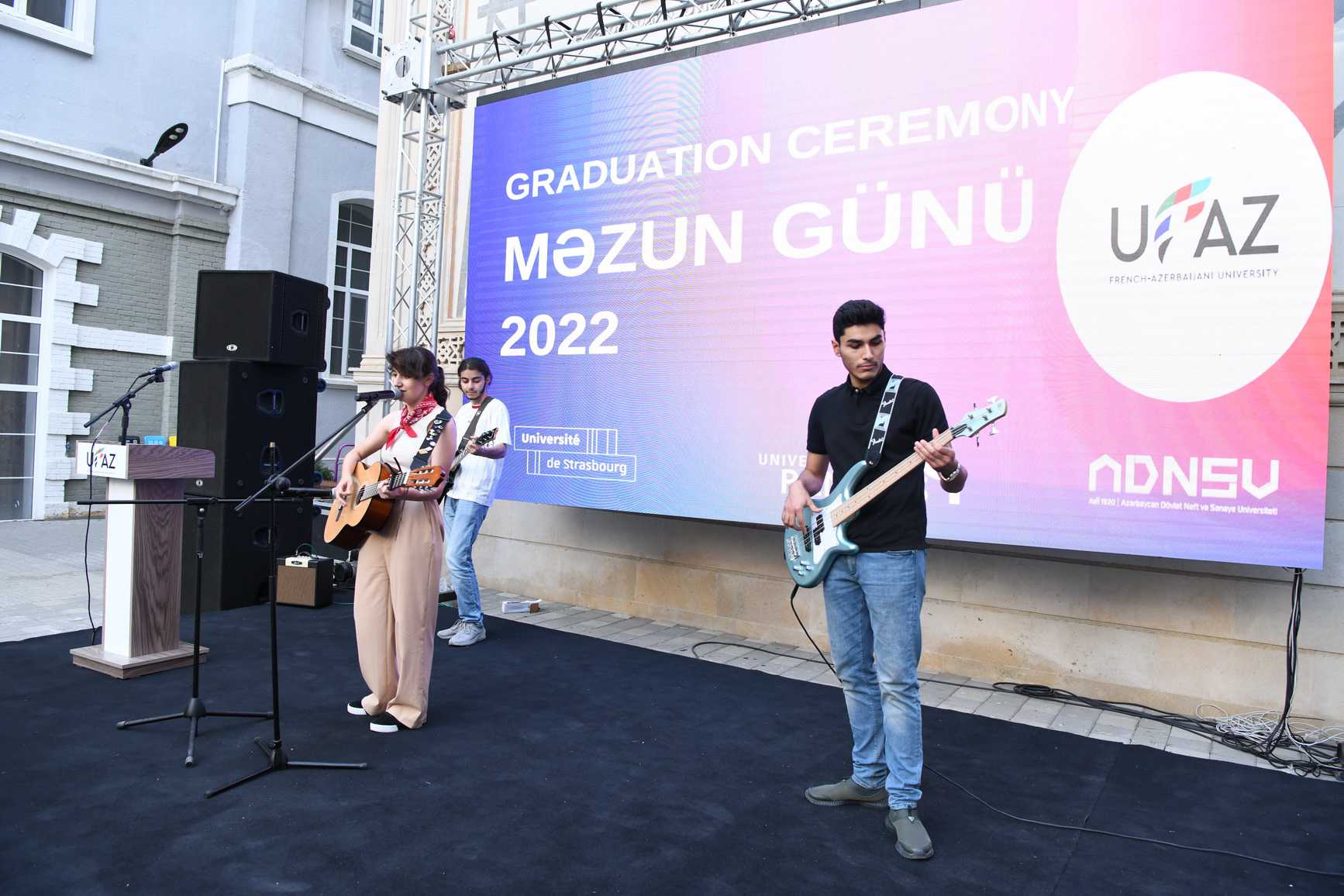 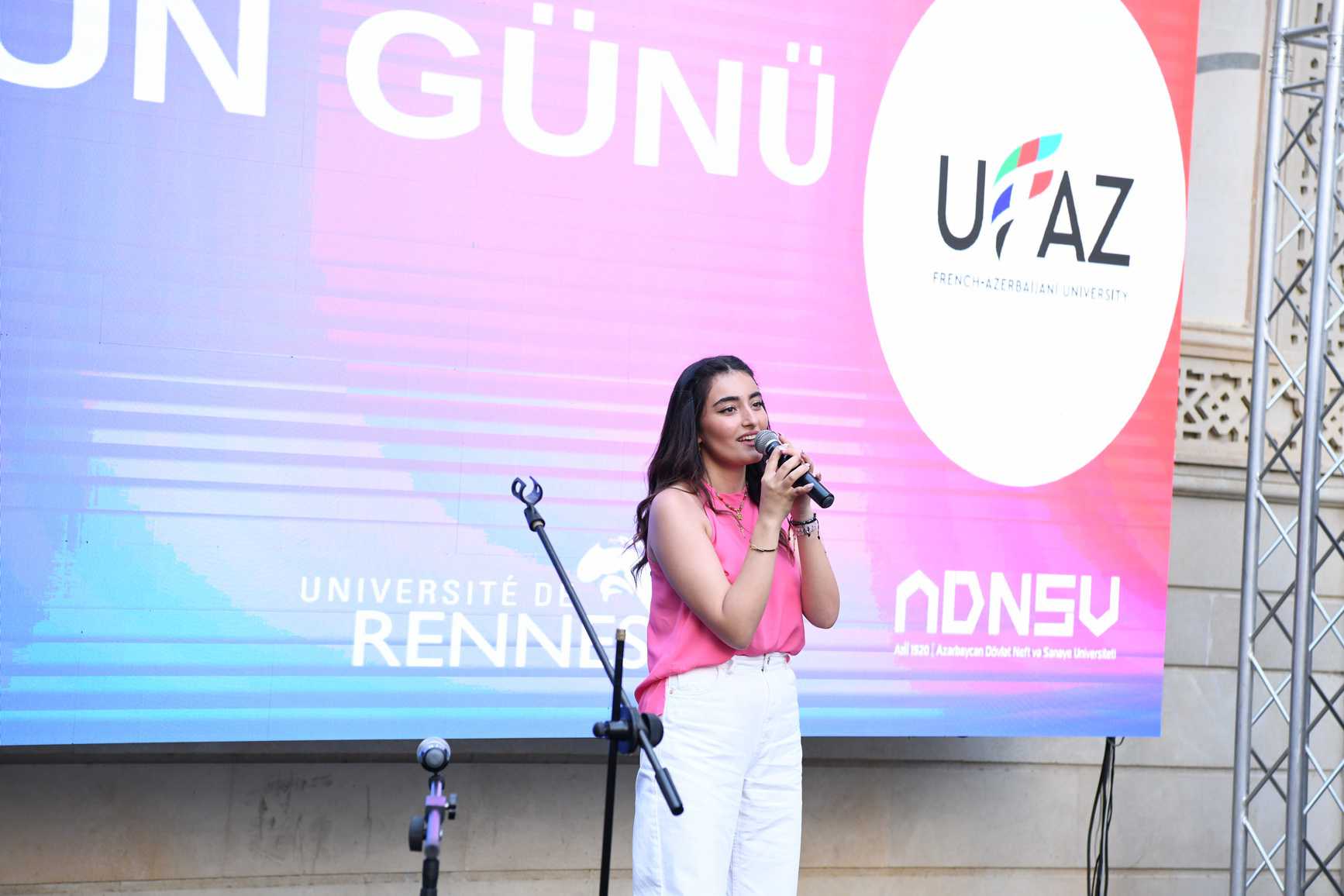 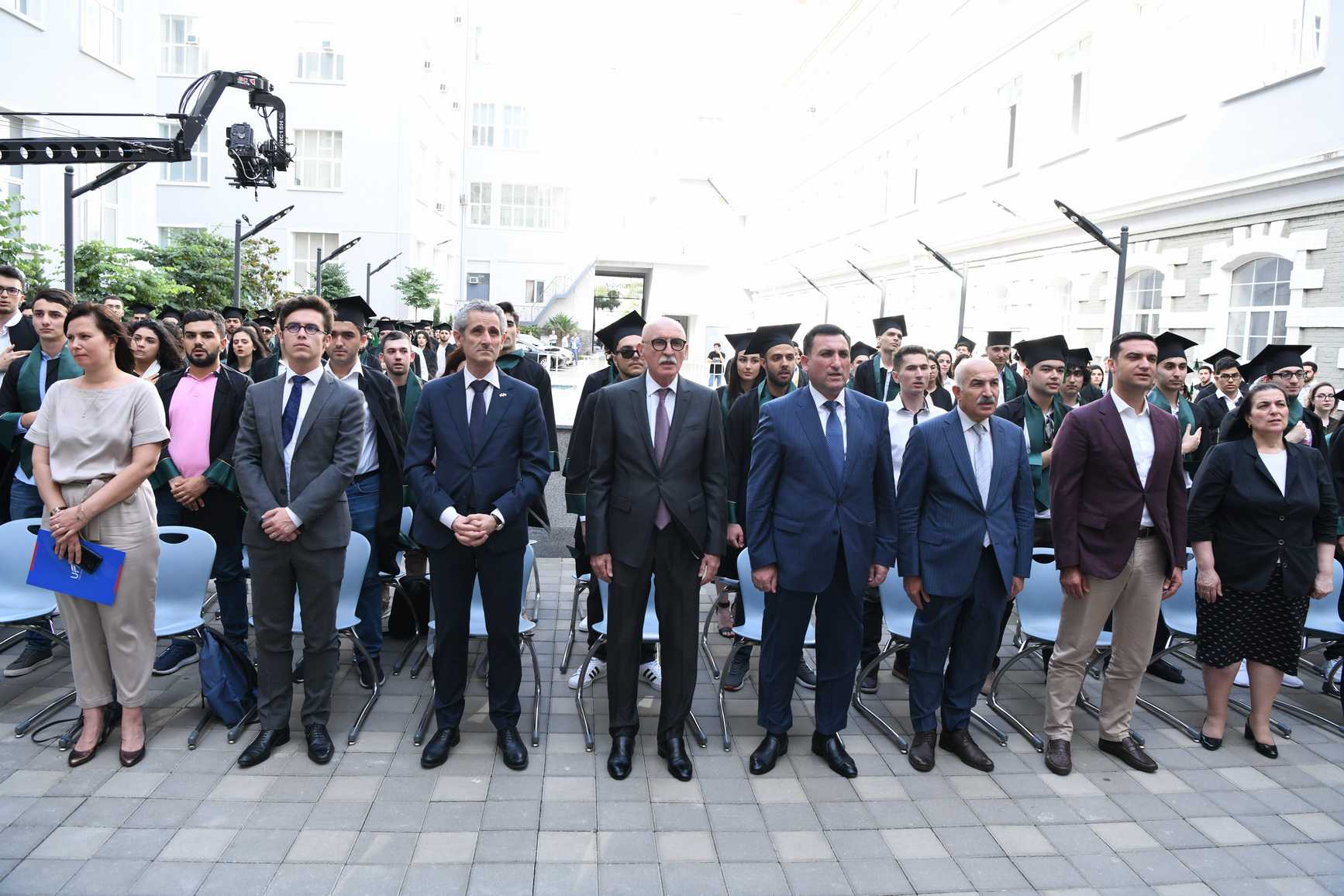 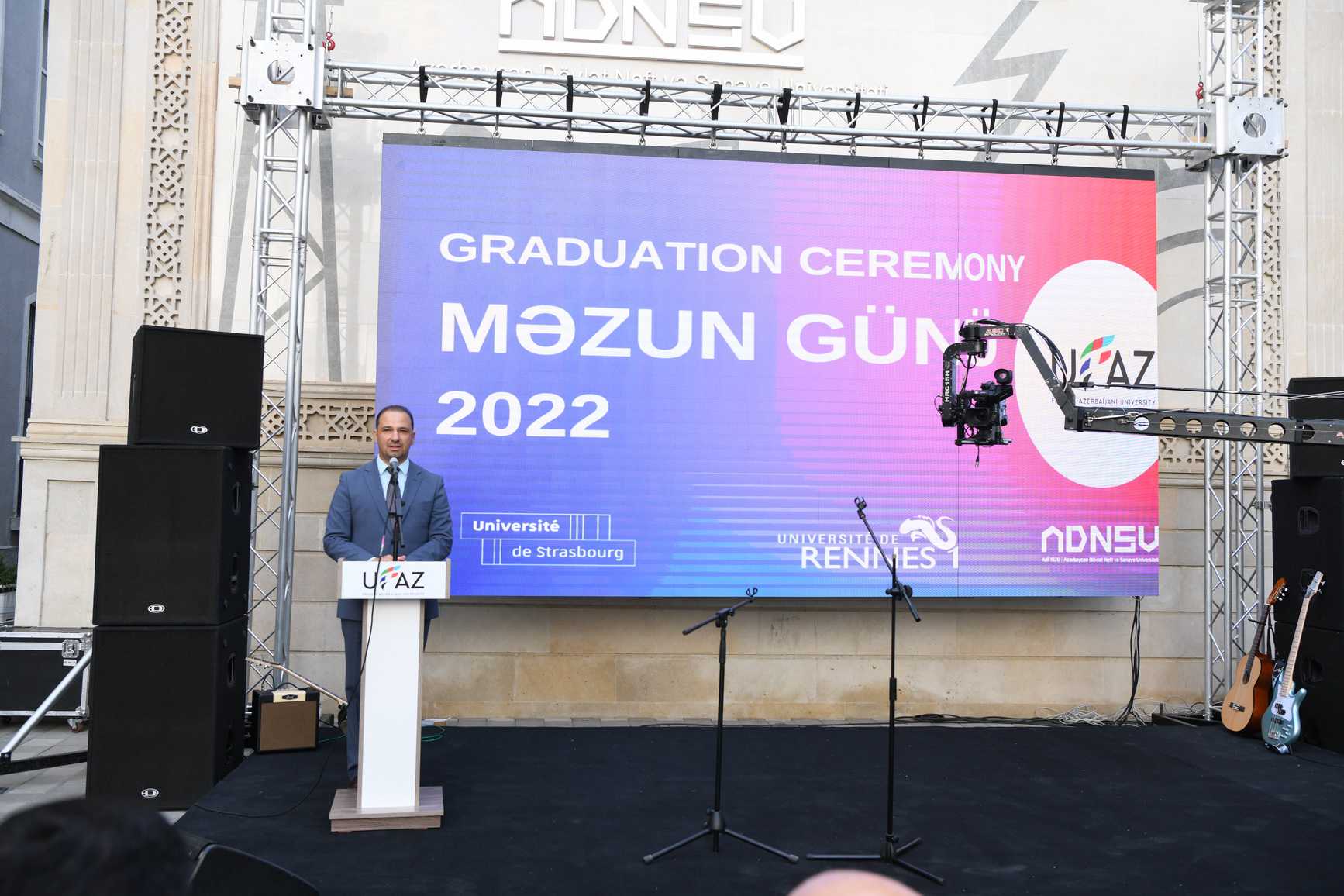