The newly appointed Ambassador of France to Azerbaijan visited UFAZ

The newly appointed Ambassador of France to Azerbaijan visited UFAZ

On December 29, the newly appointed Ambassador of France to Azerbaijan, HE Anne Boillon made her very first visit to UFAZ.

Welcomed by the UFAZ Management - Director Vazeh Askarov and Secretary General Elizaveta Bydanova, the French Ambassador first took a tour in the UFAZ main building, followed by an extensive visit of the UFAZ laboratory corpus. She was given detailed information about the history of UFAZ, the educational process and cooperation in the scientific field.

Positively impressed by the premises and infrastructure of the university, the Ambassador underlined the importance of UFAZ in the bilateral relations between France and Azerbaijan.

She also met with students who are going to France for an internship in the second semester of the 2022/2023 academic year, members of the winning team that will participate in the international finals of the ActInSpace international hackathon in France, and the management board of the UFAZ Student Council.

UFAZ Management conveyed their highest appreciation, and expressed to the new Ambassador their warm wishes of success in her new diplomatic assignment. 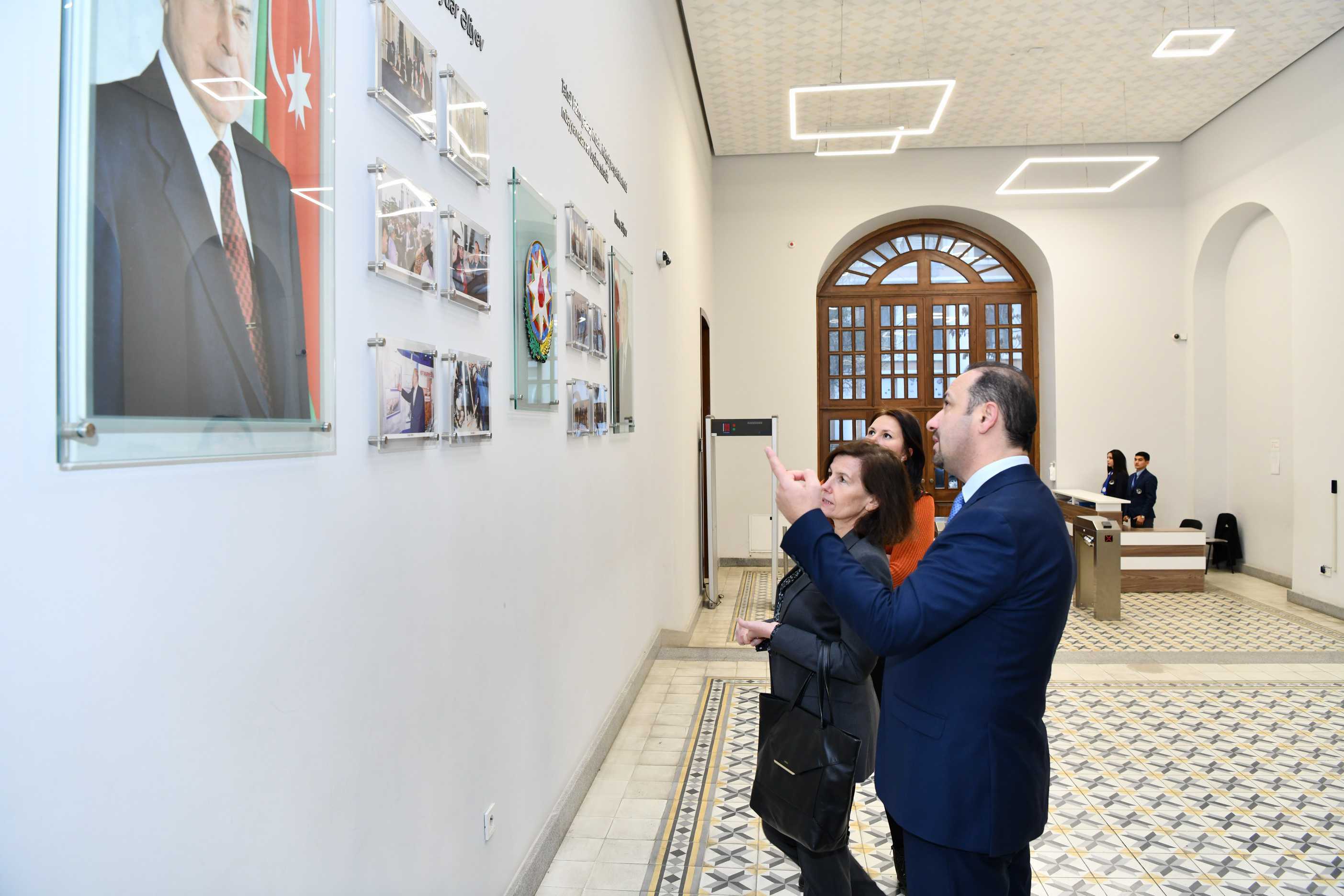 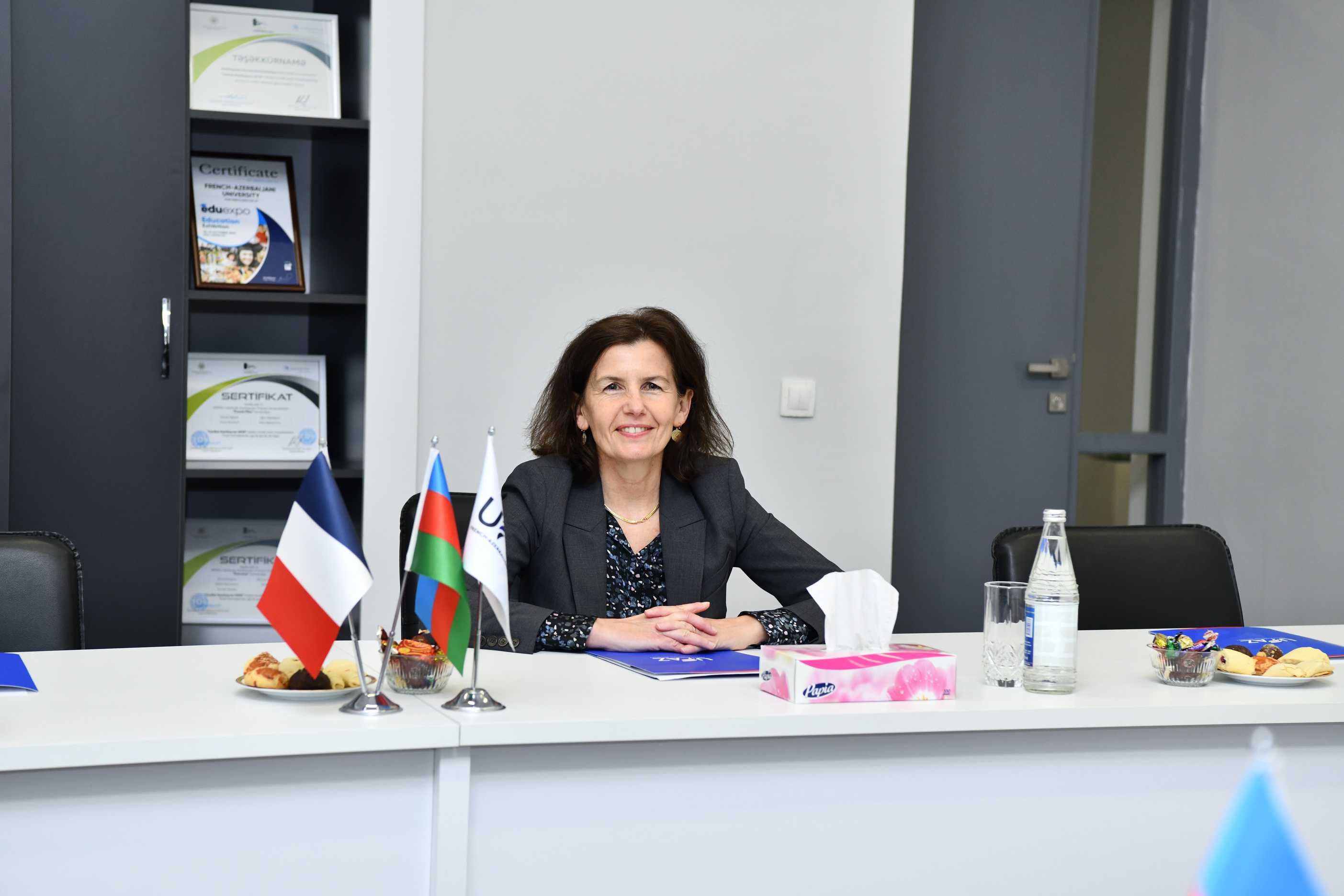 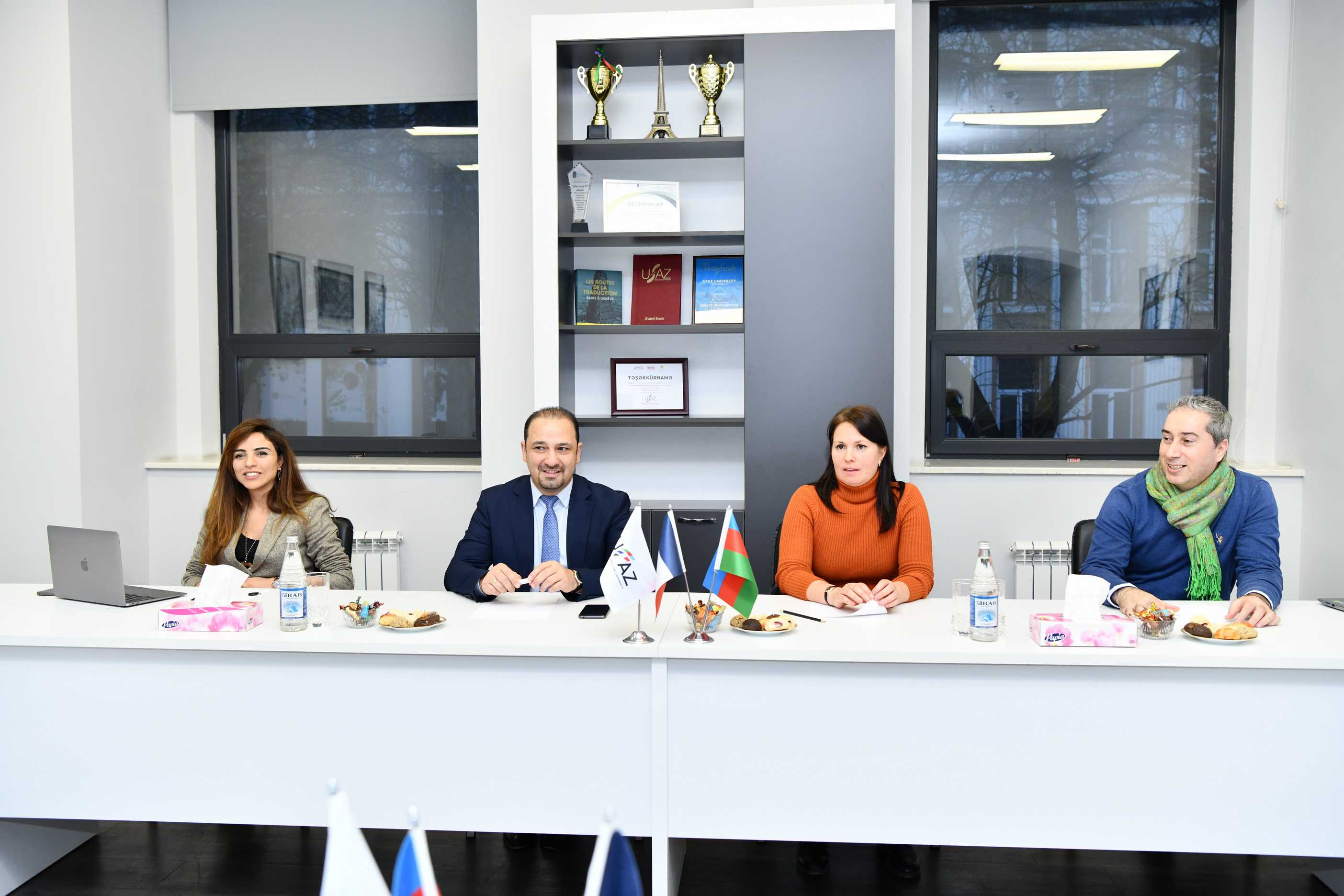 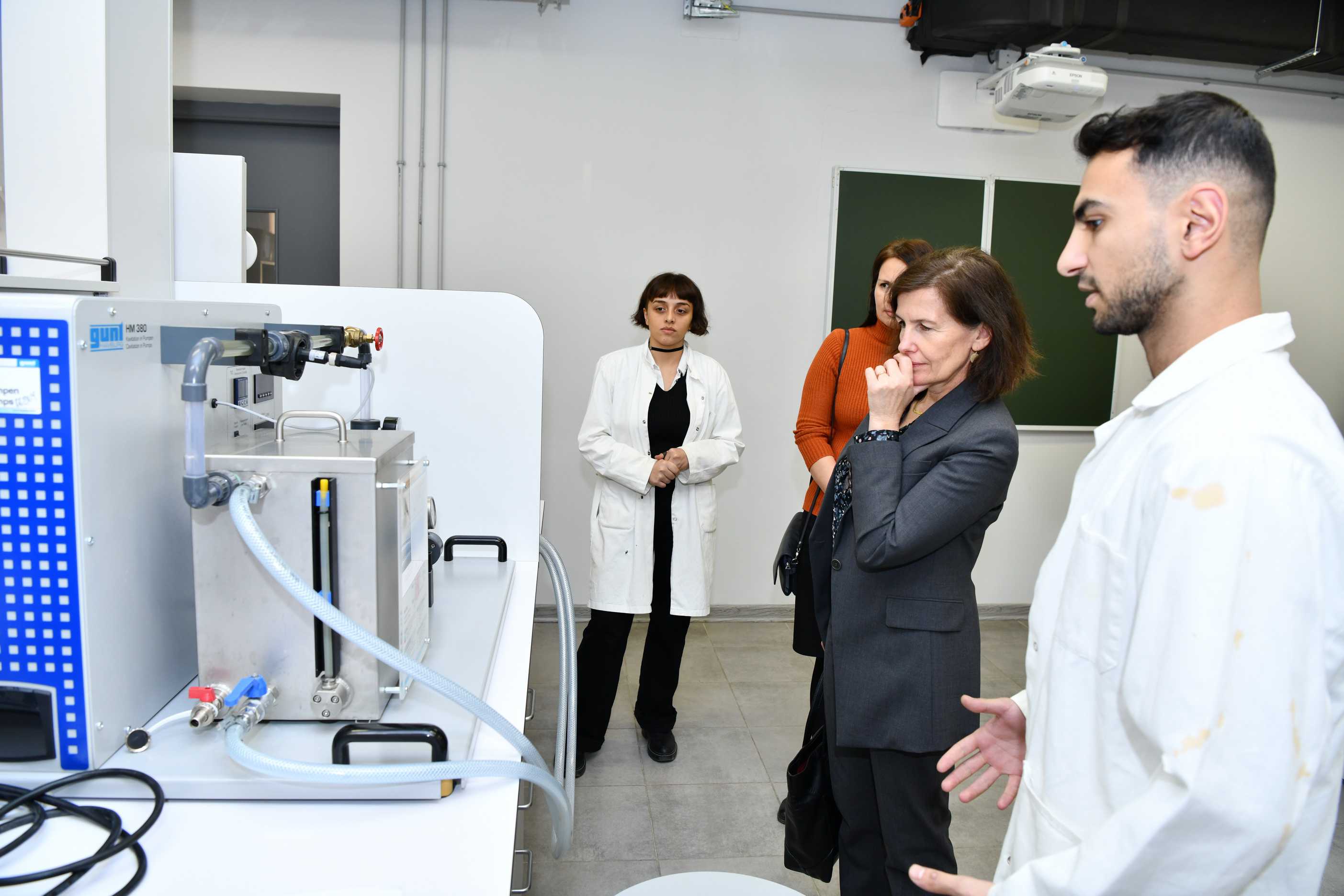 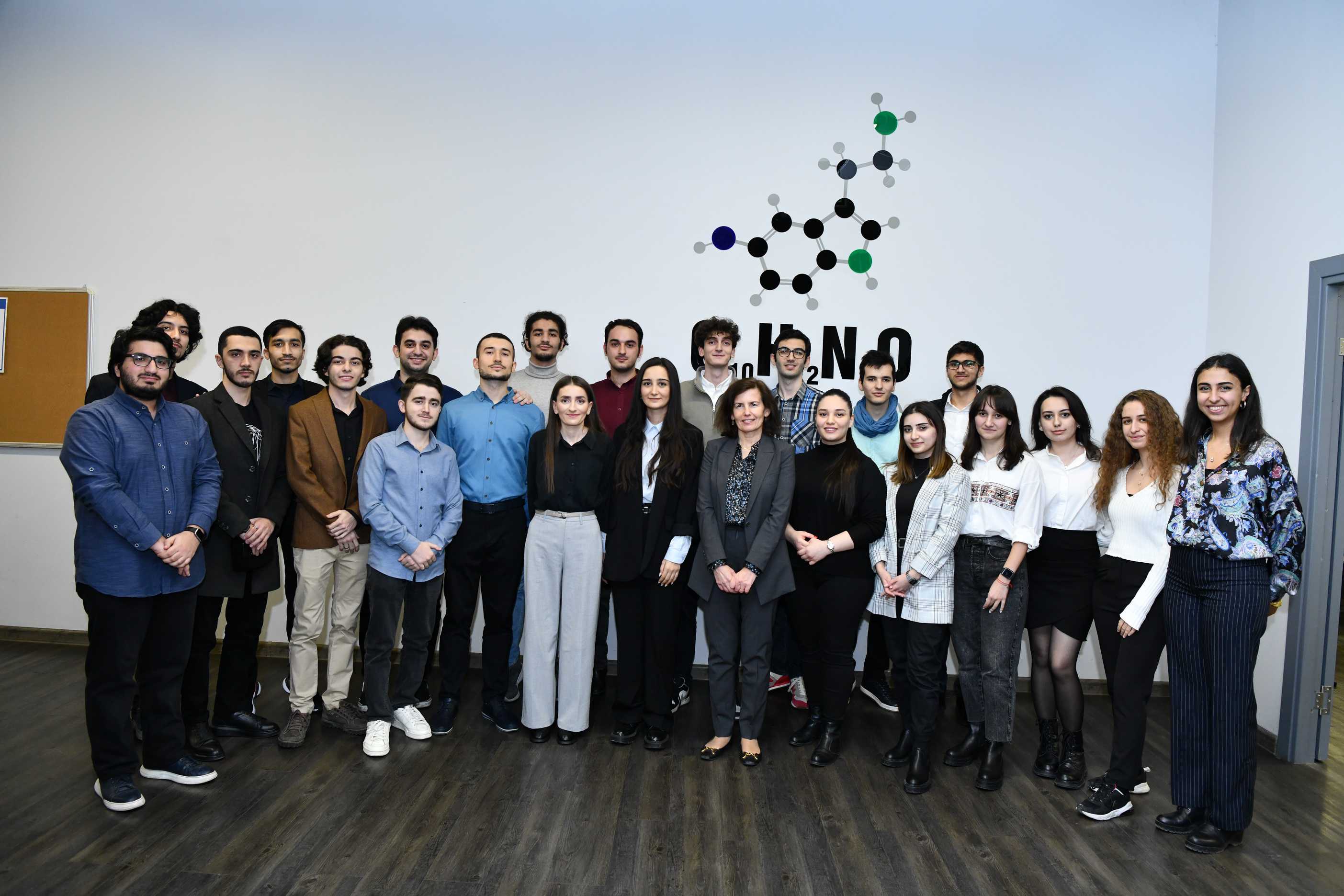