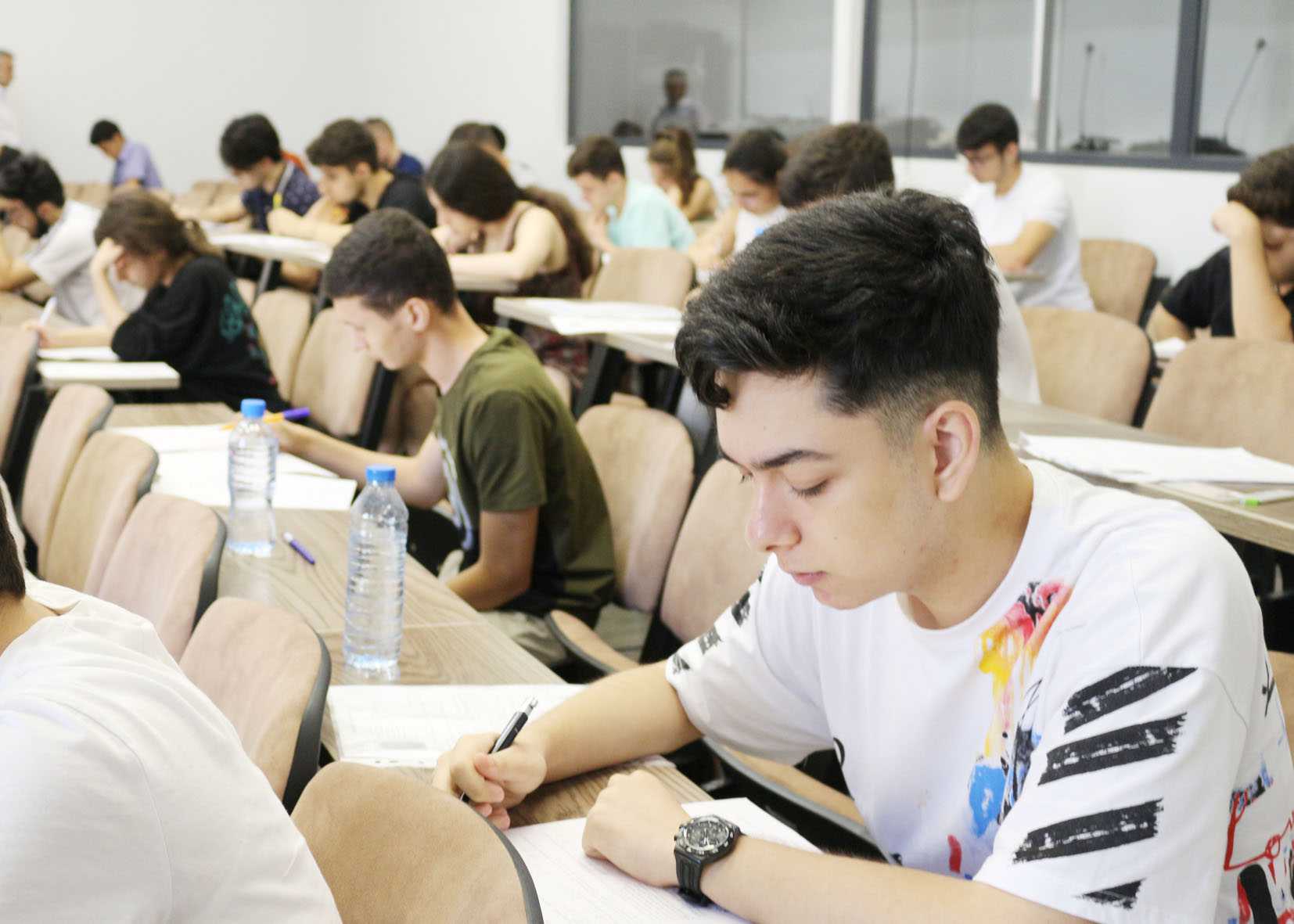 On August 4, the French-Azerbaijani University (UFAZ) successfully organized its admission exam for the bachelor’s degree programs for the academic year of 2022/2023.
In total 505 candidates (398 from Azerbaijani and 107 from Russian school departments), that scored more than 500 points (of 700 points) during State Examination organized by the State Examination Center (SEC) in group 1, registered to UFAZ admission exam for 160 available places. 424 of the registrants took part in the admission exam.
Exam lasted 150 minutes and candidates answered multiple choice questions on Physics, Chemistry, Mathematics, General scientific knowledge and English language. In the end, 160 candidates with the highest score will have an opportunity to be UFAZ students. As the language of education at UFAZ is English, the other requirement for applicants is to score a minimum of 8 points out of possible 20 points in English language.
21 rooms have been allocated for the admission exam in the building of UFAZ. 4 rooms are allocated for the Russian school departments, while 17 rooms are for the candidates of the Azerbaijani school departments. In total, 49 supervisors and more than 20 staff members were involved in the examination process. The medical personnel were also ensured in the examination building.
Results will be announced on 8th of August. Appeal will take place on August 9th. The approved list of students who successfully passed the UFAZ admission exam will be submitted to the Ministry of Education and the State Examination Center. The Ministry of Education, in turn, will submit the confirmed names of the admitted students to the State Examination Center, and they will not participate in the competition for other universities. Candidates who took the UFAZ admission exam but did not succeed, would still have the possibility to apply the relevant specialties offered by ASOIU, as well as other universities, depending on their scores in the centralized entrance exam organized by SEC.
To recall, depending on the results of the admission exam to UFAZ, students are offered 120 places on government basis and 40 places on paid places. In UFAZ, education is carried out in 4 specialties - Geophysics and Geological Engineering, Chemical Engineering, Oil and Gas Engineering and Computer Science. Graduates of UFAZ will receive two diplomas (University of Strasbourg and Rennes 1 for Oil and Gas Engineering and ASOIU). Studies in all specialties at UFAZ last 4 years 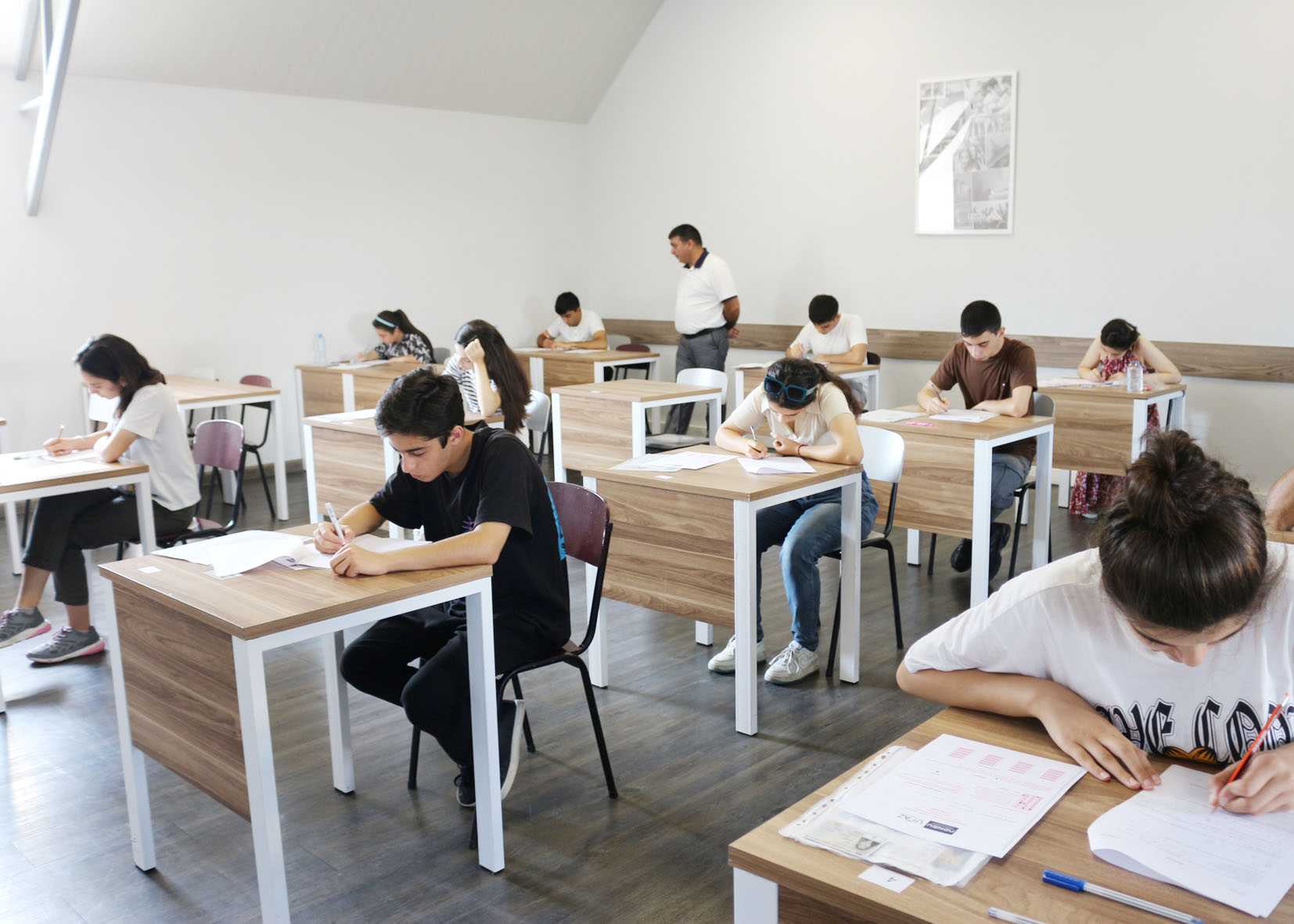 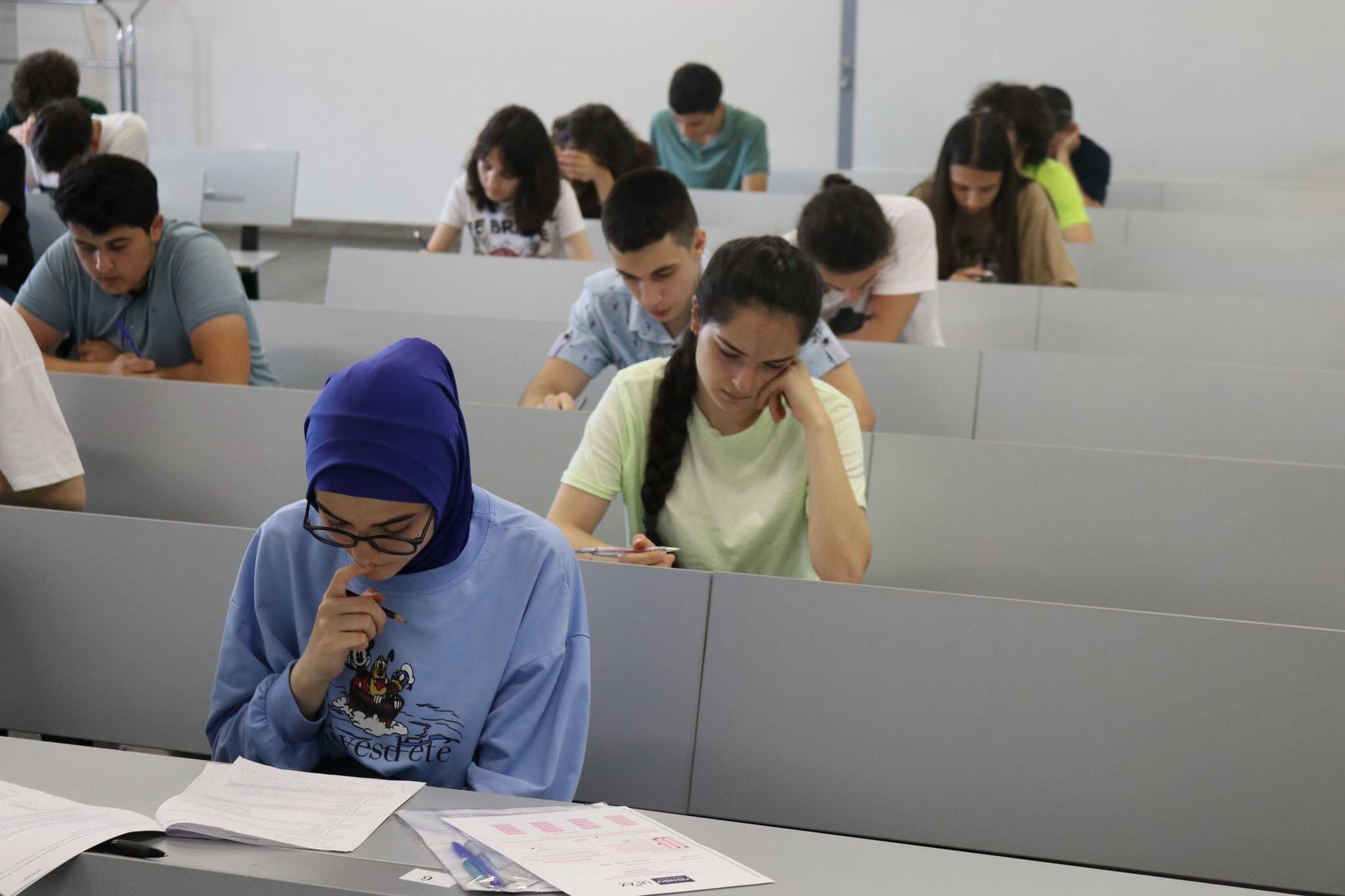 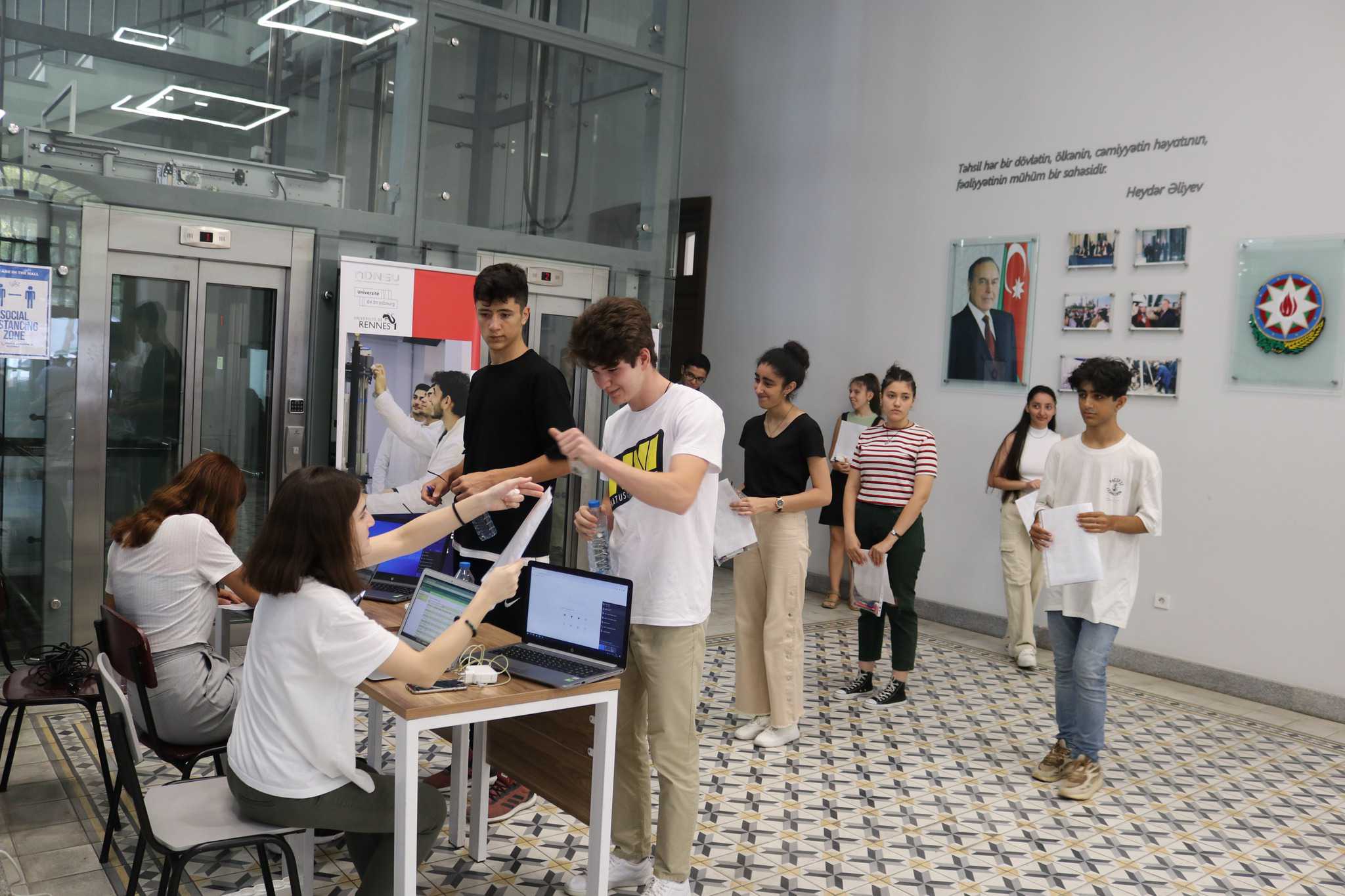 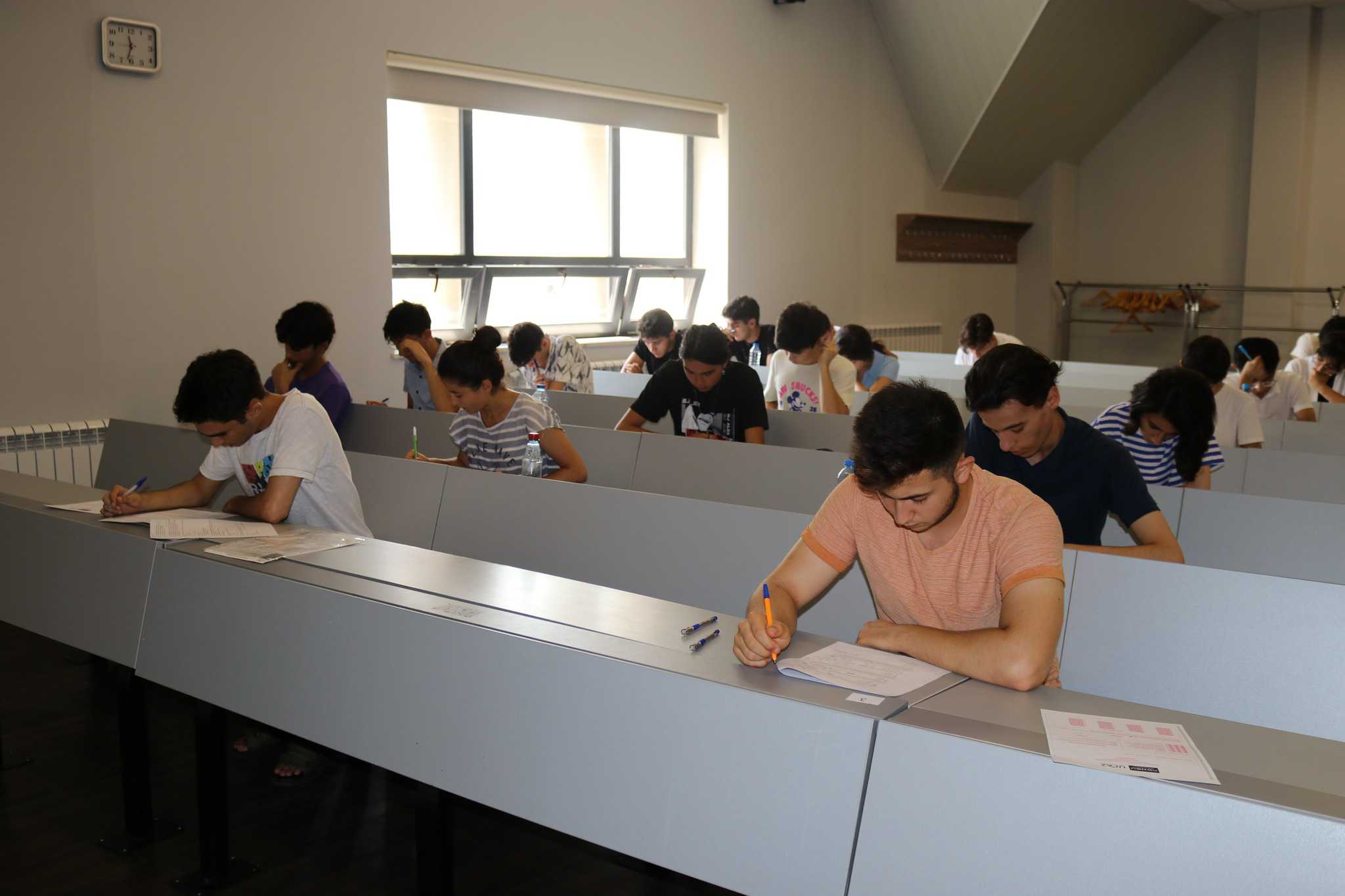 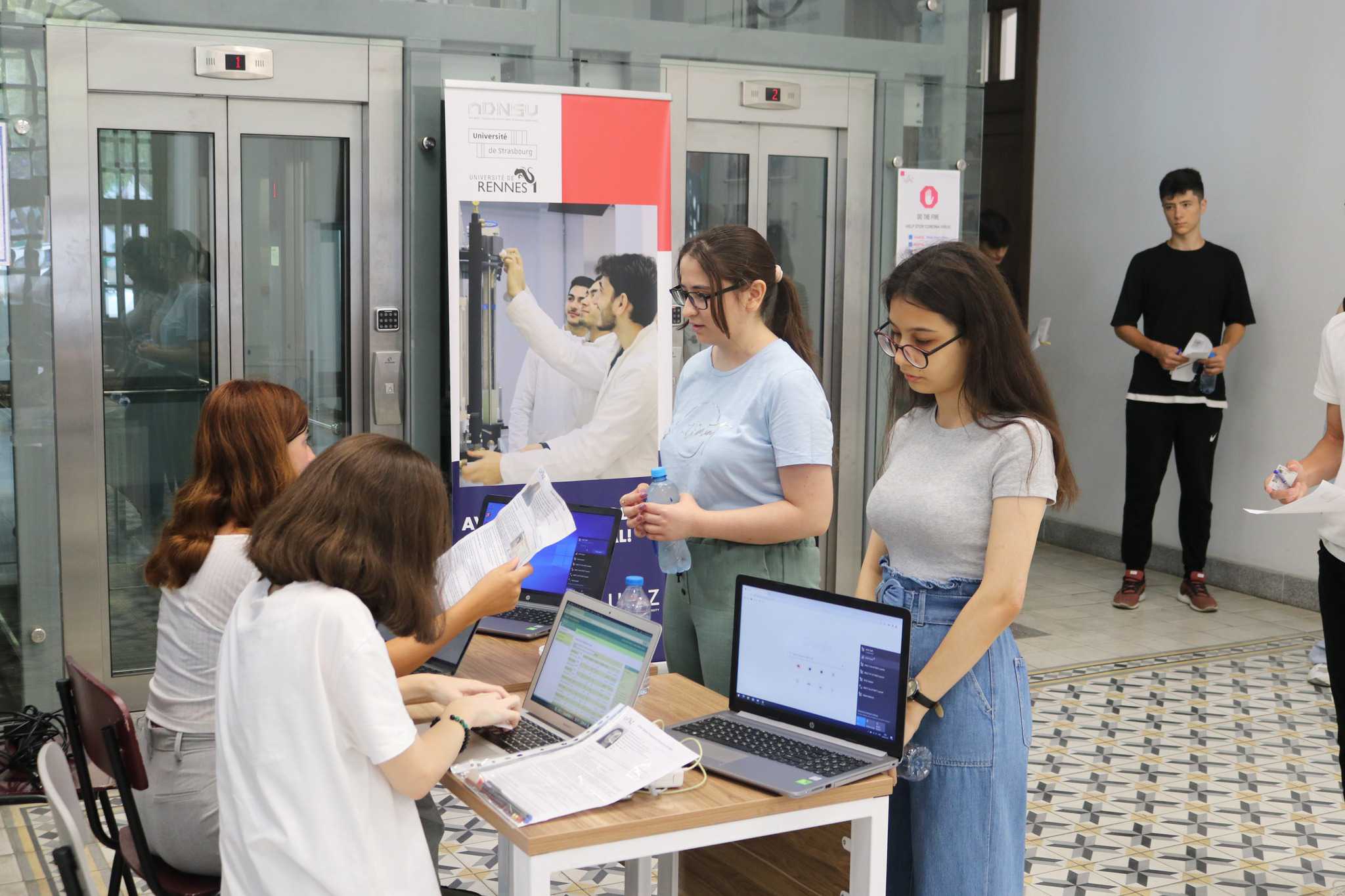 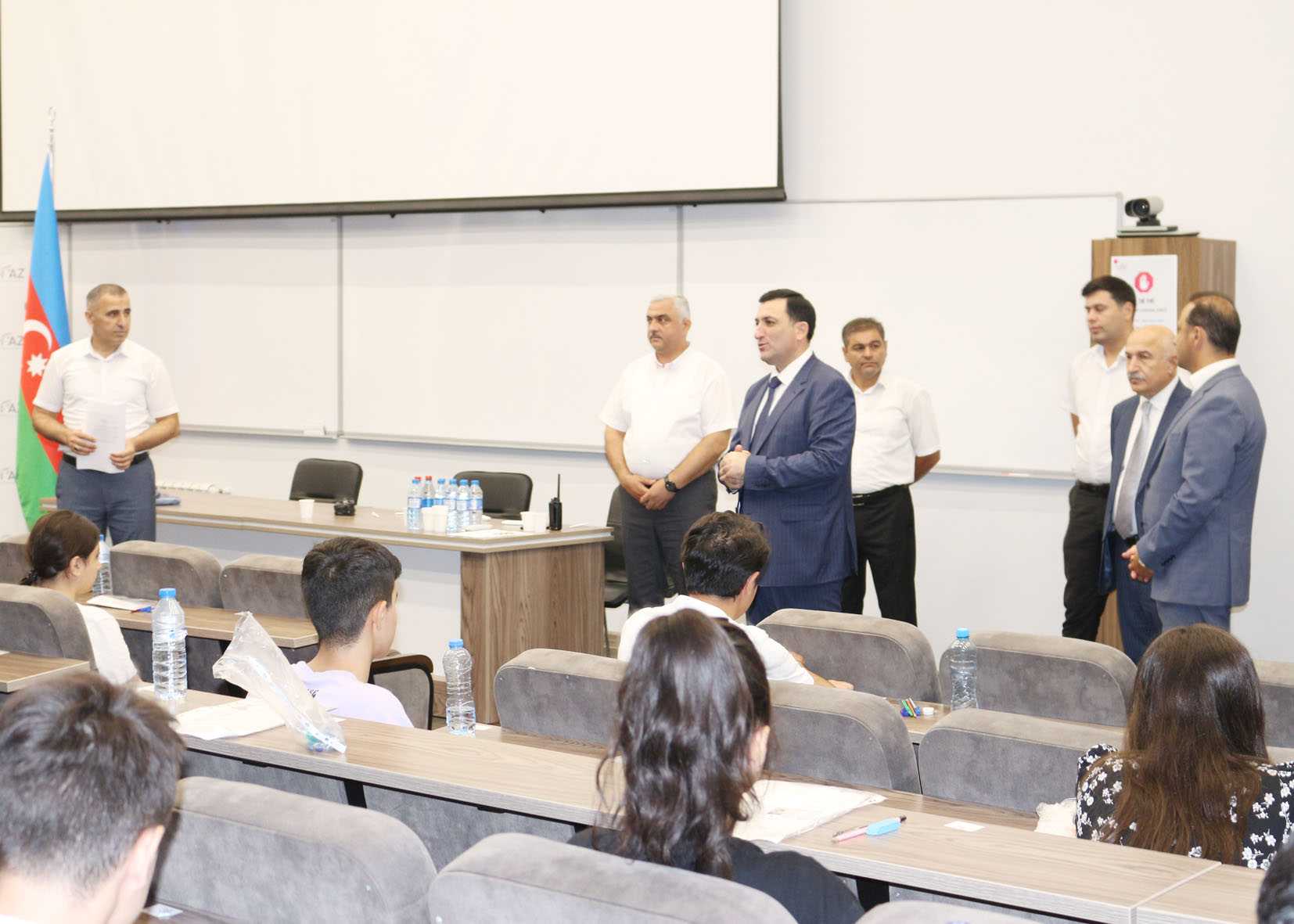 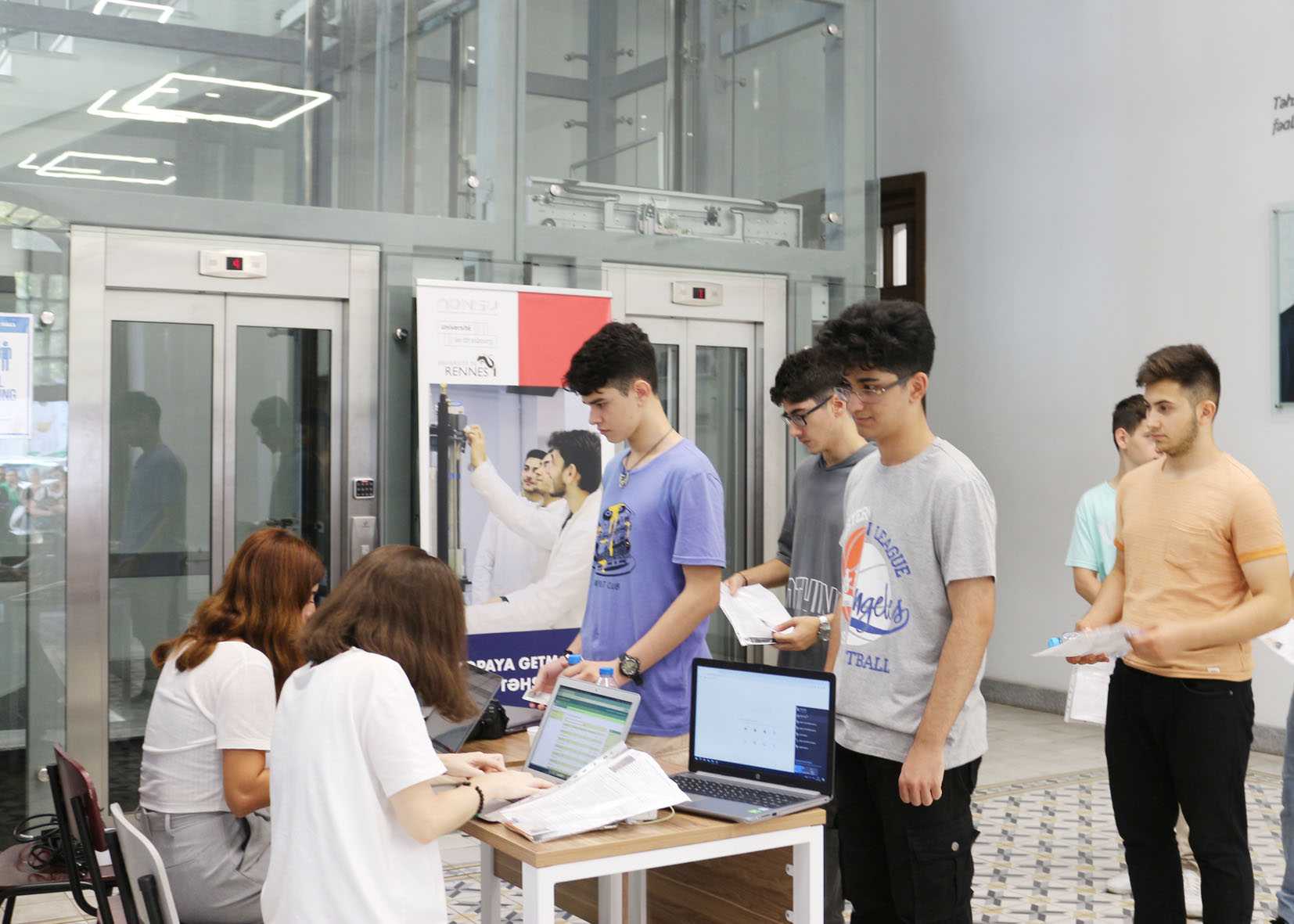 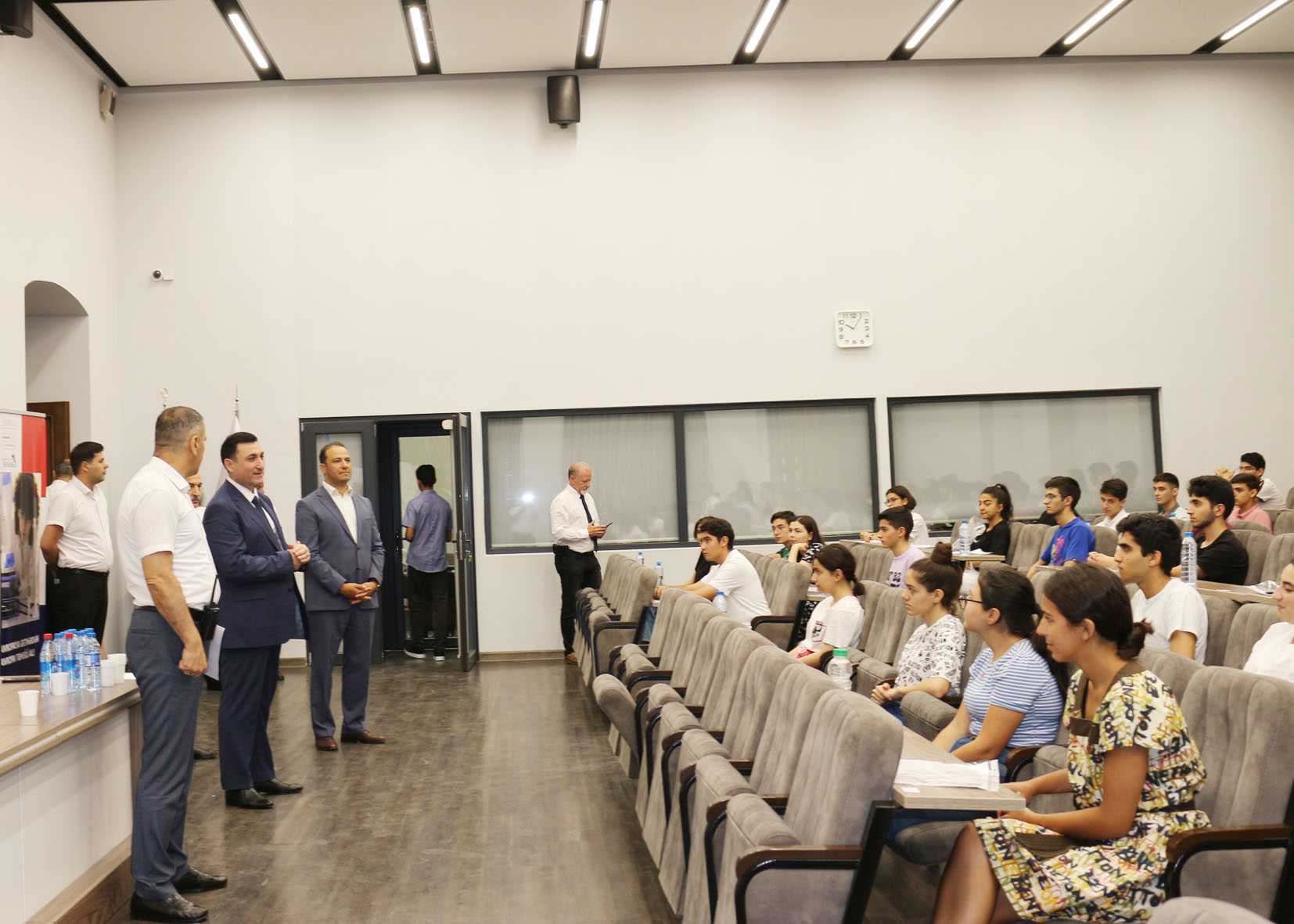 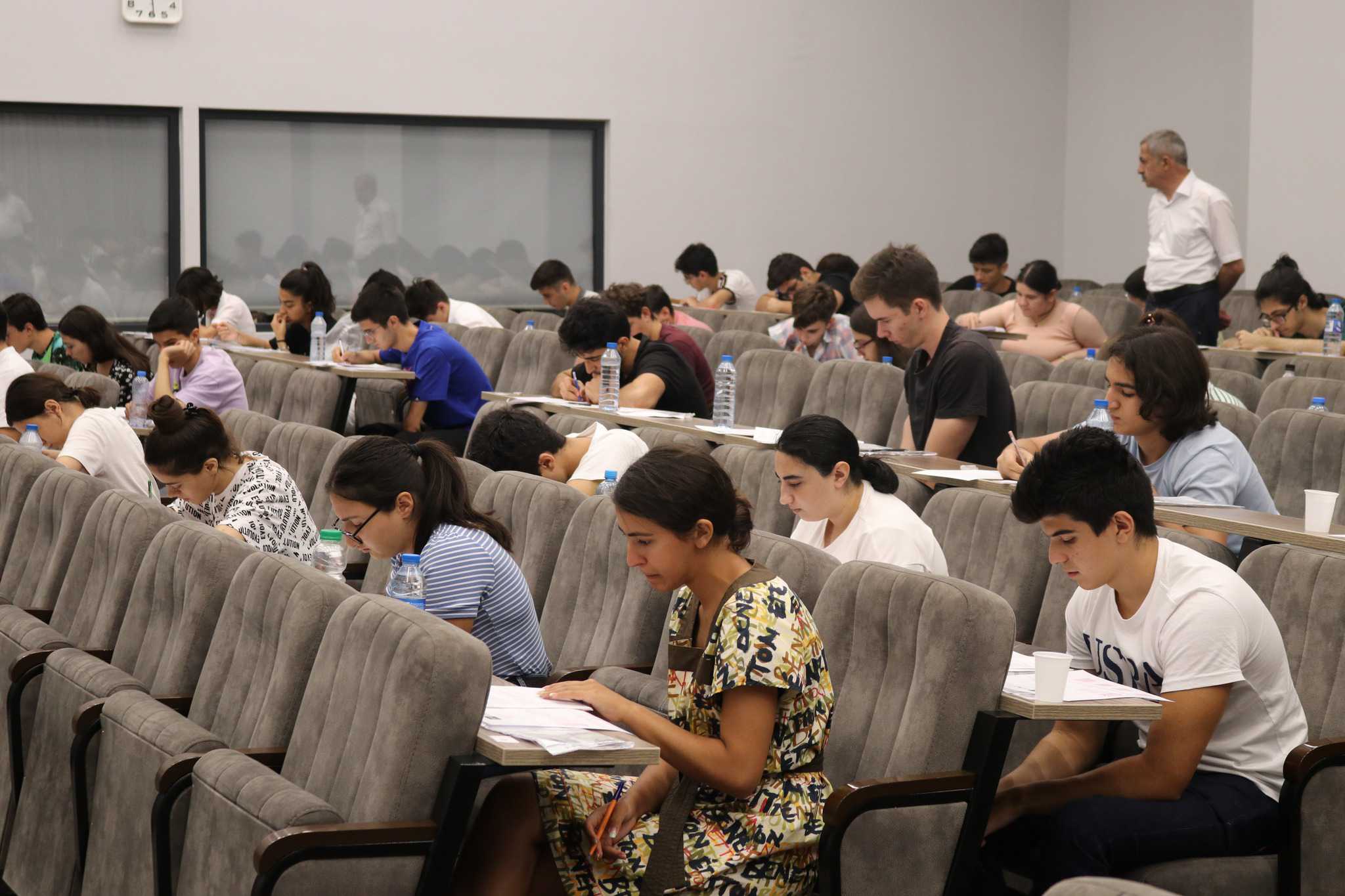